Welcome to the Next-Generation ✨ Find out more →

I’m very happy to finally share the long-awaited talk we had with an LA-based Emma Fairley, a production designer who has created sets for the music videos of Coldplay, Madonna, Lady Gaga, Beyonce as well as commercials for the world-famous brands.

Emma has just wrapped filming on location in Lithuania, Croatia, and Sweden on a Netflix series called Clark starring Bill Skarsgard that spans a 70 year period of history based on the life of famed bank robber Clark Olofsson. Her other most recent feature film work has been the award-winning Lords of Chaos directed by Jonas Åkerlund. It was filmed in Hungary and Norway and was produced by RSA Films, Scott Free, Vice, and Twentieth Century Fox.

Up next is a film about the manager of The Beatles, Brian Epstein that will be filmed largely in the UK this Autumn.

Emma has kindly agreed to share her story and experience with our creative community. If you are considering becoming a production designer or would like to catch some new creative winds, you will surely enjoy this talk.

Transcript of the Talk

Emma Fairley (00:13):
All the time, through Instagram, people ask me what they should study. Most people go and study architecture when they think to be a production designer and that’s great. I kind of wish I had some of those skills, but it’s almost like you’ll end up knowing too much about one thing, about the design and drawing skills within architecture. Having a really good education will limit where you end up in the art department because you’ll become the set designer, which is a different job. That’s the person who draws all day. And if you love that, then that’s what you should do. But if you want to do production design, you need many more tools. And so it’s not just one subject in school. It’s why I will say art history for your basics.

Egle Karalyte (01:08):
Because it opens up your world probably in terms…

Emma Fairley (01:13):
You learn how to look at Southeast Asian art. You study the beginning of civilization to court painters. You get all the history. You get a good sense of understanding and being able to look at something and immediately know what its story is. So that’s such a good skill. But then there’s all these other things you need like math in order to conceptualize space and understand how to build. And then the colorwork and the paint, understanding composition. That’s the thing, when people say, “How do I learn this job?” my advice is always, first of all, do your education because there’s so much more that you get out of that university.

Emma Fairley (02:03):
So, there are two approaches. If you’re not a school person, don’t waste your time, just get in there and start working and learn the skills and do every job in the art department you possibly can and work for good people. If you are working for people who you admire… Because I definitely worked for people who weren’t good. And you learn from that too. You learn by working with people. But I worked with really great designers as I was learning, great designers, and god, you learn so much. And it’s really hard work.

Emma Fairley (02:42):
You can’t stick with this job unless you really, really love it because the hours are so long, a lot of pressure when you’re working to get the tight deadlines, high expectations. I also see when someone comes onto the crew and they can be new. Immediately they have it where they don’t. Because when someone has it, it’s outstanding. The placement of something and you know, immediately, oh my gosh, they’ve got it.

Egle Karalyte (04:00):
Yeah. Yeah. Well, so that’s why we created the Brand Cards to make sure designers clarify what they’re talking about. Because otherwise…

Emma Fairley (04:43):
The ashtray is one that she stole from a hotel when she was staying in Brussels overnight. And everything has to be brought back to her place. That means something.

Egle Karalyte (04:57):
So the set designer would imagine all these details and would bring that out? Or would there be somebody that puts the guidelines, “It should be like that.”

Emma Fairley (05:14):
Yeah. You use the script and then you’ll talk to the director often about, “Who is this person?” “What books are on the shelf in their house?” To use an example of a film we did before and it was about an assassin. So what books are on his shelf? But be surprising about it, because you know, you could have a book of Monet on… So you can develop your character and it’s really fun to do that. And then the actors always bring a lot to the table. Even in a music video, I’ve had big musicians show up with, “I bought some props for the dressing table. Here’s a picture of my mother and here’s… This is going to mean a lot to me when we’re filming. I’m going to be able to look at this.”

Egle Karalyte (06:15):
But what was maybe some moment from working with Madonna, for example, that really stuck with you?

Emma Fairley (06:24):
We were doing a personal story of her own. And this was the story about the dressing table because we had done a bedroom for her and it was like a bunker and she had had a lot of say in it and she showed up on the morning, very casually, with some bags and no massive entourage, just really just there to work, basically. There to work. And she’s like, “Here, these should go on the set.” And one was actually a really beautiful Frida Kahlo photograph. And it was as pristine as that piece of artwork over there. And I said, “But if we put this on the set, we’re going to have to throw dust all over it and make it look like it’s been part of like this apocalyptic set.” And she’s like, “Oh, okay. All right. We’ll just be careful with it.”

Emma Fairley (07:25):
And so we put it on the set and then she just brought out all her other personal objects and we put them around the dressing table and the mirror. And I just thought that’s caring. That’s why all of the work ends up being so iconic.

Emma Fairley (07:43):
Contribution, and not just showing up and being told by a director. Everyone on that job worked so hard to do that. But her input was so much. And it was really, really fun to work with such an icon. Lady Gaga is a hard worker too. That’s the thing. Everyone is a hard worker.

Emma Fairley (08:12):
Madonna, just to go back to one of them, it was four or five in the morning and we still had to drive at least an hour back to Los Angeles. So we knew that it was a long night still to go and we were still filming and she just threw herself face down in this dirt and dancing and working so hard and it was such a great moment to see the dedication to the performance.

Emma Fairley (08:44):
A hard worker, thanks the crew. Everyone gets a solid thank you at the end. It’s not taken for granted. So, fortunately, but unfortunately, I have nothing but great things to say and that’s just so nice.

Emma Fairley (09:03):
I think that now, because everyone is so much more accessible because of Instagram, for example, you can get private messages from people who are in Iran or in India and they say, “Where shall I start?” And it’s always the same advice. Find the people in your city who are working, who you admire, and just send them a message.

Emma Fairley (09:32):
I actually hired an Uber driver. He was driving me to the airport and he was from Uganda and I asked him, and he was quite young, and I said, “Oh, how long you’ve been living here?” Just chit-chat. And he said, “Well, I really want to work in the film business, and I’ve done my film studies in Boston, but I’ve moved out to LA and I don’t have any contacts.” And I said, “Okay, I’m getting on a plane and I’m going on vacation, and then after that vacation, I’m going to go and do a movie in Hungary.” So this was July. I said, “I’m not going to be back in LA till November. But if you remember on November 27th to send me a text saying, ‘Hey, it’s Frank. Just reminding you. And now that you’re back from you doing the film I’m available for work.'”I said, “If you remember to do that, then I’ll hire you.” And he was like, “Wow. Okay, great.”

Emma Fairley (10:44):
Well, he kind of lucked out because at the beginning of November I find out we are not going to fly back until November 29th. So I sent him a text. I said, “Hey, the new date…” So I gave him a little reminder. “New date is November 29th.” And so he wrote back to me immediately. He said, “Thank goodness you texted me.” Because he’d lost his phone with my contact. He said, “So it wasn’t going to happen. So I’m so glad that your date to come back has been pushed. Now I have your contact. You’ll hear from me on the 29th.”

Emma Fairley (11:23):
I woke up on the 29th. Ding. Frank texted me. So I hired him for a couple of jobs and he was great and he was really into it. And they were just small, couple days here, couple days there. And then we got the Lady Gaga video. And I said, “Okay, Frank, I’ve got a long 10 days. So make sure your Uber people know that you can’t do the Uber driving because I can book you for this.” And he was like, “This is great. Okay. Thank you.”

Emma Fairley (11:58):
So he showed up to work on the set and I said, “Okay.” Gave him his little… The things that needed to be done. And then I said, “Oh, come over here and just stand here right now because we’re about to start filming and the talent’s coming onto the set.” I never told him who we were working with.

Emma Fairley (12:21):
And we were standing there and Lady Gaga walked out and I just saw Frank go. And he looked at me. He was like, “Is that?” And I’m like, “Yeah, I was so excited for him.” And he was like, “Oh my gosh.” And then was like, “Emma, One day I’m going to bring you to Uganda. And you’ll be treated like my family. They’re going to give you the best dinner ever.” 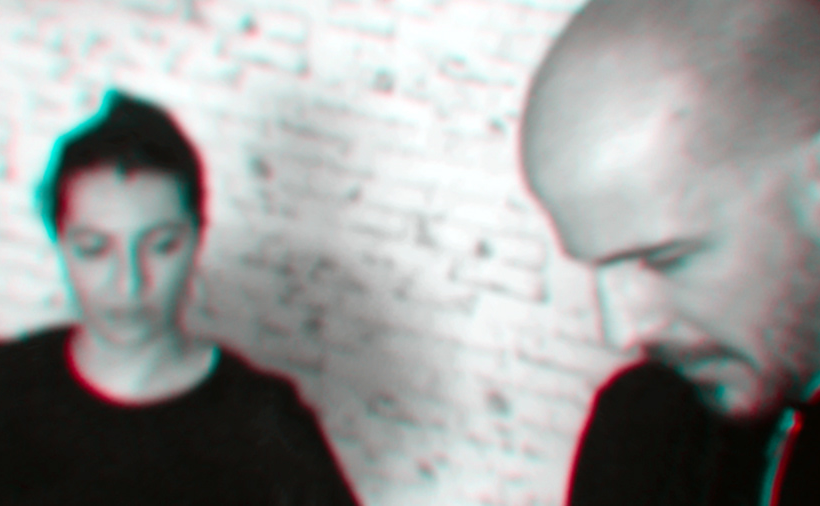 Taking Risks And Humanizing Technology With Toni López of Retoka 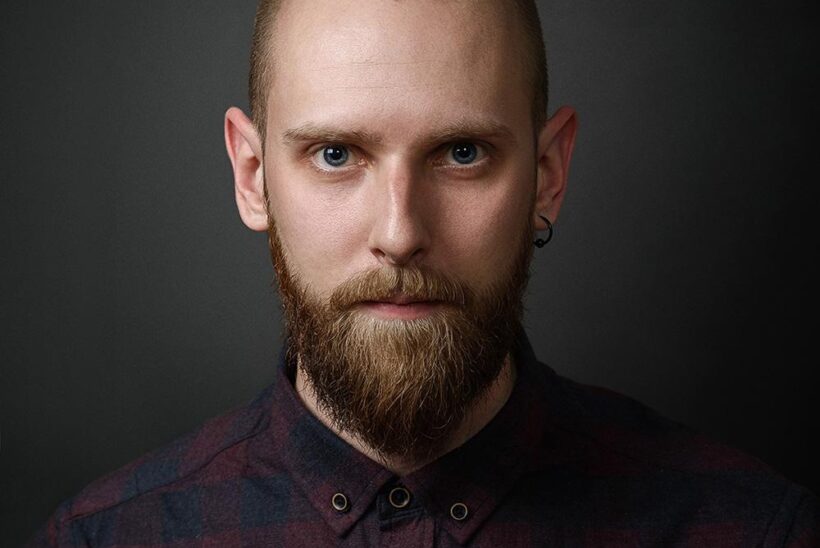 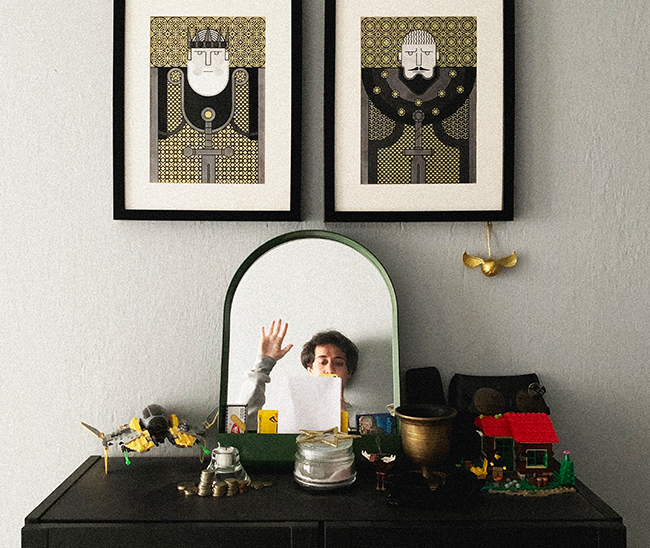 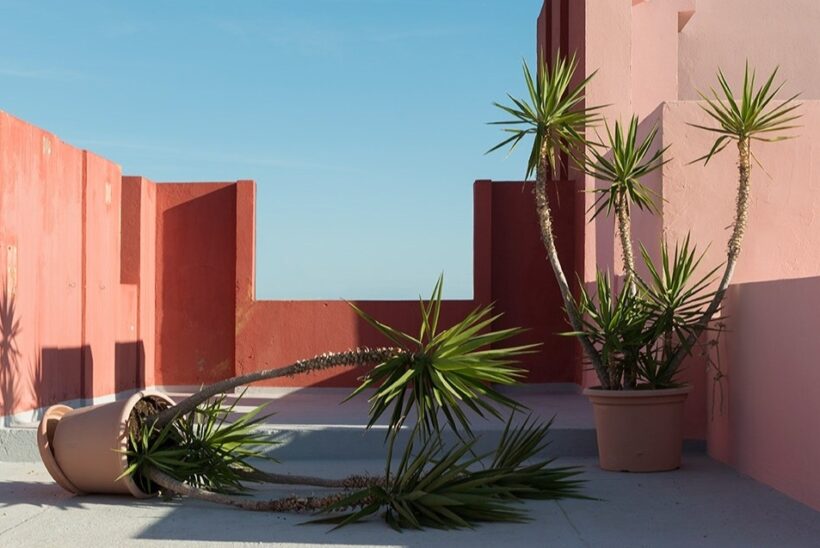 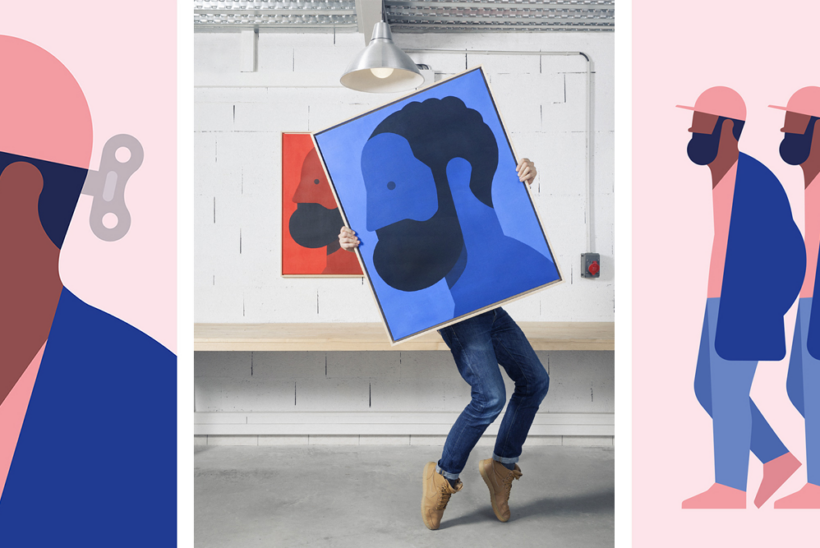 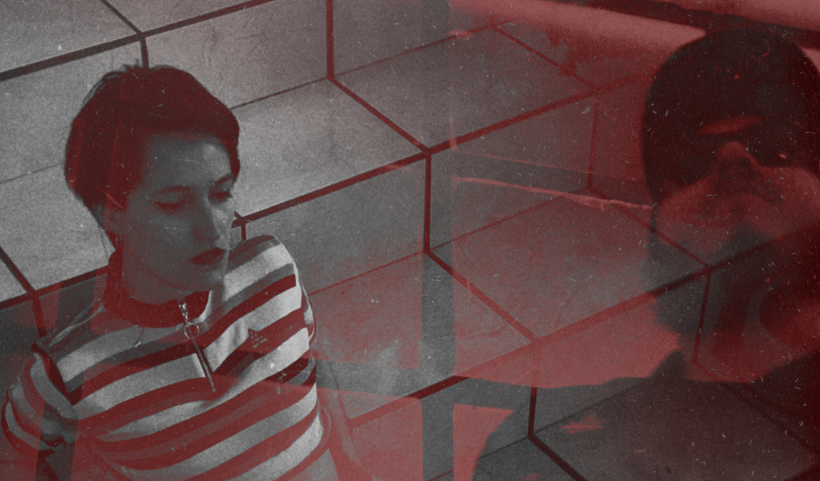 Influenced by indie games and goth music, Menta Picante injects playful eccentricity into their designs at their Mexico-based studio